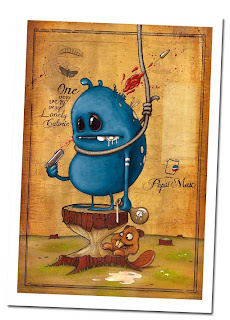 in the world of major brand soft drinks, low calorie is the punchline du jour. the market for diet drinks is huge despite the controversiality of artificial sweeteners; it seems strange for an age when organic and natural are increasingly common seducers of consumers. since dieting is considered essentially a female activity, but staying fit is a demand everyone regardless of their sex needs to fulfill, coca cola came up with zero, the light cola for the heterosexual man who is insecure enough to order a low-calorie drink. the advertising clips for zero vary from blatantly sexist to annoyingly stereotypical and, in my opinion, actually demean their target audience. but masculinity can sometimes be a fragile thing... 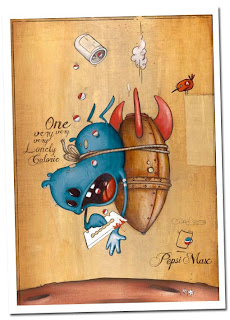 pepsi max avoids the pits of gender stereotypes by shunning the value laden words "diet" and "light". but they are definitely not exempt from pushing their product and fighting for a cut of the market. their promise to be "the one calorie cola" inspired a compelling campaign that uses visual imagery quite unlike those usually associated with soft drinks. moreover, the german advertising agency bbdo went slightly macabre. the new campaign is based on the loneliness of the poor calorie and the images show the lonely lump desperately trying to end his/her days. it's a brave and borderline vulgar move from the company.
Lähettänyt stellagee klo 4:15 PM

Email ThisBlogThis!Share to TwitterShare to FacebookShare to Pinterest
Tunnisteet: advertising