ars 11 has landed in this springy city of ours. i attended a preview last night, and cannot urge you more passionately to go.

the theme of this year's grand exhibition is africa in contemporary art. there are over 300 works of various media from 30 artists whose take on themes of global significance is impressive to say the least.

my favorites were numerous: among them were baudouin mouanda's photos of congolese dandies about whom i browsed a book lately. locally known as sapeurs, these men take style and color to a level of its own.

also, the photos and hanging installation (pictured below) of patrizia guerresi maïmouna were stunning.

entering the room where nandipha mntambo's torsos hung was filled with the intoxicating fragrance of cowhide. although the installation (below) was impressive, there is no way to capture and share the scent that was essential to the piece.


needless to say, i was thrilled to walk into a room that was filled with something i instantly recognized: the photographs of pieter hugo about which i talked about here last fall.

it must have been about a decade ago when i was hanging out at one of my favorite bars in turku and got an idea: there were cigar boxes from all over the world decorating the shelves and i had been opening and peeking into them ever since i started frequenting the place. that night i decided to pick a small post-it from my calendar and scribbled a brief message on it saying


hello, like-minded being! please, leave me a note.

and dropped it inside one of the boxes.

i had started a dead drop without knowing the term. it comes from good old espionage jargon: a secret place to exchange information between agents without the need to meet in person.

for years i collected little messages from my box; i think there were a few dozen in total. several were from people who knew me and had seen me peeking into my precious wooden chest in the hopes of finding a new note, but many were from strangers who shared my curious nature.

most were brief, perhaps merely a "hello!", but some could be described as short letters. there was a tingling sensation each time i opened my little letterbox and every single addition felt like a revolution.

my note is still there as far as i know.


a digital alternative to my little experiment is the project of aram bartholl. he has left empty usb-drives around the urban landscape for people to use for file-sharing.

his manifesto describes a publicly accessible, passively powered hub for any kind of information anyone might want to share with others and appears critical of information clouds with limited accessibility. although for someone more-marginally-than-nyc located his perception of virtual shareability as limited rather than sharing at a random physical location might seem rather distorted, i find plenty of appeal here.

popping and peeking from walls anywhere one could imagine, the excitement of finding a usable file somewhere unexpected seems like something i could get excited about.

and let's not start with the viruses, ok? i know i know, it's dangerous and stuff and everything and undoubtedly someone is going to vandalize these little ports, but let's pretend like we can trust each other for once, please.

to find out more and to install your own, go to the site.
Lähettänyt stellagee klo 3:46 PM 4 comments: Linkit tähän tekstiin

so, ok, it's spring. mags and sites are raving about pastels, bright color blocks, florals, tie-dye and whatnot. i decided to go shopping, since i haven't exactly been too busy acquiring new things.

here's the result: a black and white tee and a black bag. 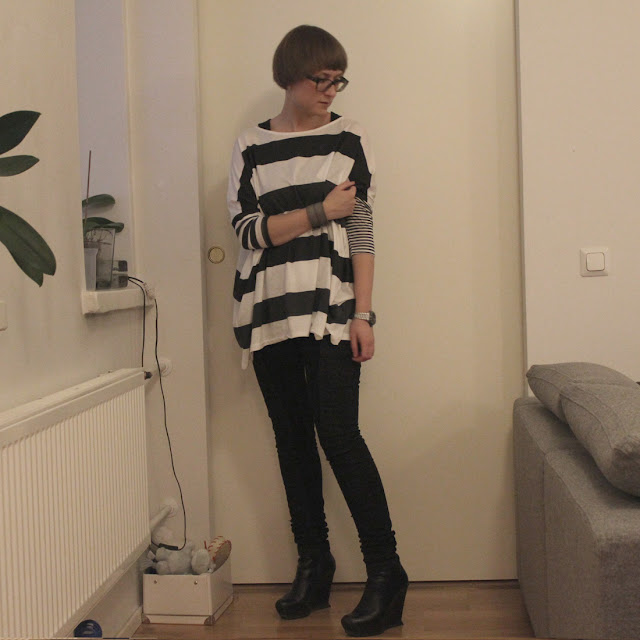 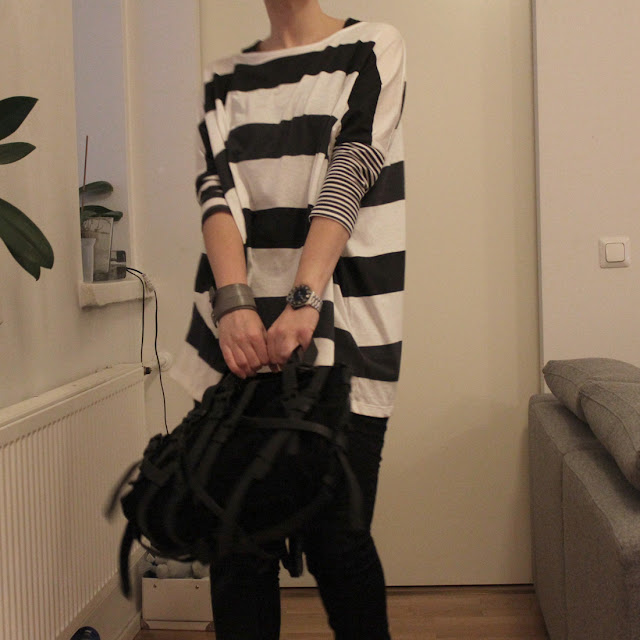 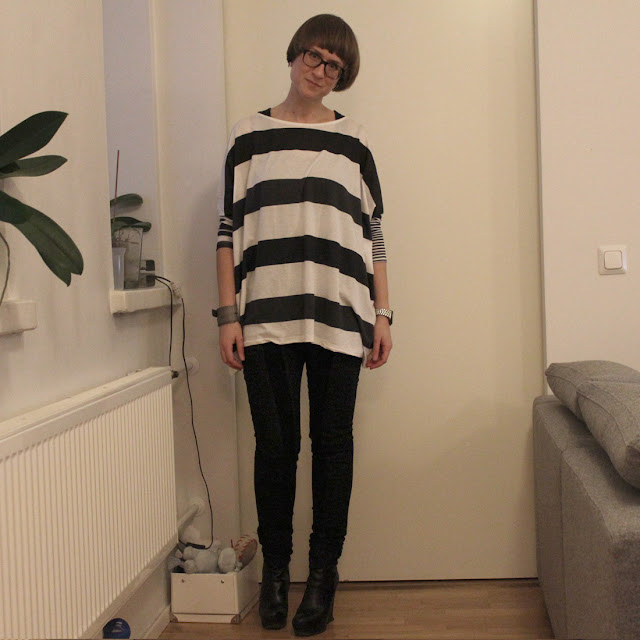 well, what can i do...
Lähettänyt stellagee klo 12:28 PM 12 comments: Linkit tähän tekstiin

Email ThisBlogThis!Share to TwitterShare to FacebookShare to Pinterest
Tunnisteet: me style meself

why be square when you can be cube?

co-ownership instead of private owning and sharing instead of exclusivity has been a topic one stumbles into increasingly often. many forms of what i've been dubbing 'new collectivism' have been a part of online and neighborhood communities, such as sites like brain republic, babysitter exchange and couchsurfing in addition to all small circles of friends who order their organic produce together or share a car. we're developing our own, lihapiiri (i.e. meat circle), to include more people in the regular order of local, sustainable meat straight from a farm.

office shares have been a reality for years, but a new openness towards outside influence encouraged some brooklynites – well, surprise surprise – to develop a network of open workspaces for those who have no permanent office at their disposal. in a city where freelancers flock to little cafes and fill the seats of libraries and rents are extremely high, there is a pressing need for a room of one's own – and preferably outside the already crammed living quarters new yorkers are accustomed to – but also a sense of community.

for example, my own working time in the city was spent less at my alma mater up north by harlem and more at the corner coffee shop in williamsburg where i lived. although i recognized and greeted everyone else who frequented the same little establishment, we weren't sharing an office or a space in such a socially acceptable way to start behaving anywhere near as coworkers. 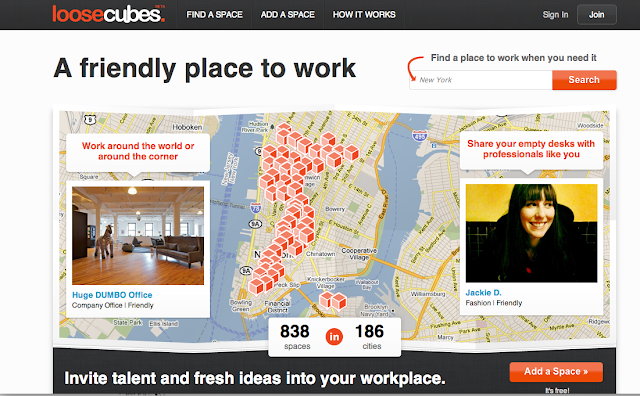 the new open network i'm talking about is called loosecubes. it started from the basic tenet that most work these days is flexible both time and location wise. add social networking and the need to connect to the equation, and you've got a basic online social application. now make it physical and material, that is, take it to the streets, to more or less established office and work spaces and, tadah, you've got a network of desks at anyone's disposal.

on their website you can look for or add a space. members can seek spaces they want to work at, and for a fee starting from zero$ a day, you can become a part of a working community – or just work silently at your own desk. always wanted to know how a psychotherapy office functions? why not spend a day at one. wondered what digital marketing agencies look like on the inside? why not go and become a part of the community for a week.

surely it can be socially challenging and even daunting to some people. sometimes chemistry can be tricky. but there is also the possibility that connections, even friendships, are formed and, moreover, the learning potential is immense.

needless to say, for a freelancer it sometimes feels simply great to sit next to a proper desk or have coworkers to talk to by the coffeemaker.

there are other such sites, like desktime. but what about starting a network of loosecubes in helsinki? go here.
Lähettänyt stellagee klo 12:53 PM No comments: Linkit tähän tekstiin