san francisco was not a city i could engulf in a few days. it felt strangely anti-consumeristic compared to nyc where temptations solidify your flaneuring. not the san fran i encountered.

here are my ten tips.

the idea of san francisco as city where you hop on and off cable cars couldn’t be further from the truth. public transportation is, from a finnish (or a new yorker) point of view, poor although there are cable cars, buses and even the bart (a sort of a metro line that’s only slightly more elaborate than our local joke of a subway here in helsinki).

although the city is vertically challenging and fairly large, it is highly walkable. even if you are relying on public transport, walking is necessary – especially if you’re off the more touristy areas. it is also the best way to enjoy and contemplate the incredible architecture. 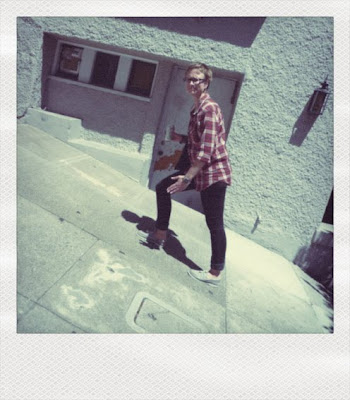 a noteworthy point to bear in mind: there is always yet another house that’s prettier, worthier of a photograph, more incredibly painted or located on a steeper slope around the corner. your camera will be filled with pictures of houses whether you intend to do it or not...

#2 visit the location of a human rights revolution.

it is hard to understand the appeal of san francisco without visiting the castro. nowhere else in the world will you see a giant rainbow flag hover over a neighborhood reminding of the respected presence of the lgbt community. 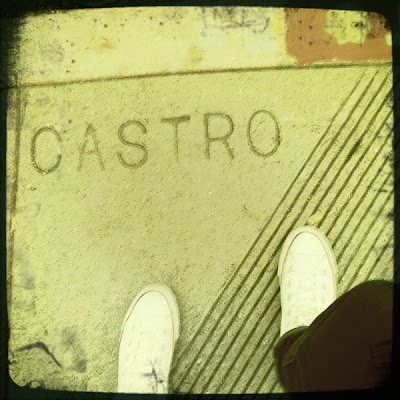 part an enclosed area of exclusivity and part a sanctuary for those who are still prejudiced against, castro is more a residential neighborhood than a tourist destination for those interested in peeking into the perverted lives of sodomites – an unfortunate idea of the gay community some people still cherish.

the best day to visit is saturday when the streets come to life with couples walking together to get groceries and flowers, the cafes are filled with people and the bars are full early in the afternoon. the first gay bar ever in the world to sport large windows facing the street (instead of hiding in darkness) called twin peaks is houses elderly gentlemen enjoying a pint. nowhere else have i witnessed the amount of older couples hand in hand – a heartfelt sight if anything.

harvey milk’s camera store is there and the famous book store called a different light, but the short part of castro street dedicated to gays seems less than the fuss would imply. castro is spread out and there are gems located on the side streets, like a little victorian cafe with an african-american man sitting with dangly pearl earrings drinking darjeeling and enjoying a scone with his hubby. 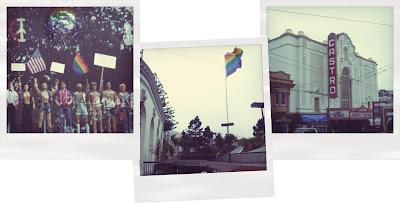 #3 start your day with brunch.

there are plenty of brunch places around, but i recommend going down to the mission and finding a bar at the corner of mission and 18th street. the dark, almost divey look of the place conceals the expected cuisine and once you sit down and see a surprisingly ambitious menu with the names of chefs and sous chefs, you start to fathom the treat you’re in for.

the three course menu you could choose from several options was excellent, comprised of local ingredients and the relaxed atmosphere a hipster favorite judging from the fixed gear bikes and mopeds parked outside. (my favorite bike of all time pictured here: a fixed-gear with a louis vuitton decoration, vintage saddle and a copper water bottle holder. stylish.)

oh yes, the name of the place. the corner, of course.

#4 work your way into a speakeasy.

obviously we were after great cocktails. without a doubt there are many mixology bars in a city the size of san fran, but the destination of choice was picked according to the relative difficulty of getting in and reputation for quality drinks.

thus, we chose bourbon and branch, the name of which comes from the old meaning of water source, i.e. the way you’d order a glass of bourbon and water. entrance to the bar is an inconspicuous door, unlabeled with a doorbell. the host opens and greets you and asks for a password. unless you get it right, the answer is a blunt “sorry, but the library is closed.”

with the right password you enter a small, dark old-school bar with a few booths and a host of smiling staff. your waitress presents you with a long menu (50 pages if i remember correctly) where the first 20 or so are cocktails divided by their main ingredient. the bartenders look focused and take care in preparing your cocktail. the service is fast and we ended up downing three each during our hour and a half booking.

yes, you need to book the time you require in advance through their website.

no pics allowed so i just recommend you go an experience it yerself.

noone does the burrito like californians do. it is a hulk of a wrap with delicious filling made of beans, rice, sour cream, cheese, avocado and tomato (and a choice of meat if you so desire), and having one was high on my list of have-to-dos. finishing one could be considered an achievement, but it’s hard to stop eating... gluttony is such bliss. 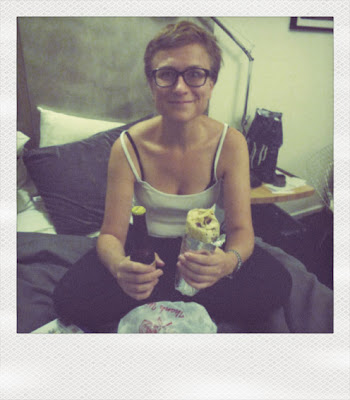 also going down to mission, expecially on 23rd street between shotwell and hampshire, you’ll find a galore of mexican restaurants worthy of stopping by. a favored area by local hipsters i felt disappointed with it after great expectations, but the food was pretty awesome.

once you’re bored with burritos, you can always take the line at ike’s place for famous heroes.

#6 lighten up with sushi.

by the pacific ocean skipping a sushi meal would be ecologically sound, but foolish from the culinary point of view.

a small door and a staircase down leads you to a rowdy bar with sushi greatness. ryoko's was an experience i recommend wholeheartedly as a very down to earth, no-fuss original sushi and great ambiance. 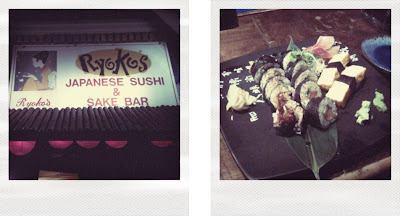 #7 immerse yourself into art at sfmoma.

the museum of modern art in sf is a cornucopia of art and a must see for both the building itself and the contents. while we were there the collection of donald fisher, the founder of the gap was on display and, boy oh boy, has he as one of the most intense collectors of america got his hands on some exciting stuff. 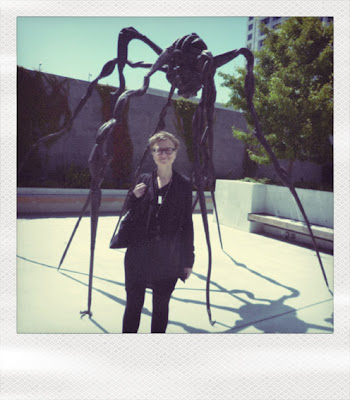 yours truly at the rooftop garden underneath a louise bourgeois spider wearing rick owens.


#8 feel the desperation and confidence of mission.

the mission is supposedly gentrified but if you’re expecting something in the line of brooklyn’s williamsburg, you’re in for a surprise. the city’s history of providing homeless people better shelters and benefits than anywhere else in the us and the system collapsing with the economy has fortified the presence of hobos and beggars everywhere as well as stopped many development and rebuilding projects.

the neighborhood is as filled with warehouses as it was when i lived there 13 years ago, and while most neighborhoods in nyc or london have spread from one particular spot like gentrification mold, san francisco seems to follow a rain of development pins on a map. thus, after walking around deserted looking blocks, you bump into a nice cafe, like the atlas, and next to a line of homeless and obviously mentally ill people you find a random gathering of cute stores, like 17th street around valencia, dolores and church.

because of this, being in the know is more important in san francisco than nyc if you want to find great places. the chance of spotting them by accident is close to nil unless you have unlimited time to wander around.

while walking around, keep an eye on the murals that decorate the walls of many buildings. they tell stories of immigration, sanctity and politics in general, and are well worth stopping and examining more closely.

and just to prove the point of the previous entry, we met a friend of mine at a bar i never would have spotted nor dared to enter unless he suggested it to me.

just below market street, amongst pawn shops and junkies was a barely marked door that lead into a bar filled with indie dance hits and cool looking people. showdown was one of the bars my friend dj’s at and just like many others, there was nothing to suggest it could be tolerable let alone a great little dive. the patrons brought their bikes in for an obvious reason. 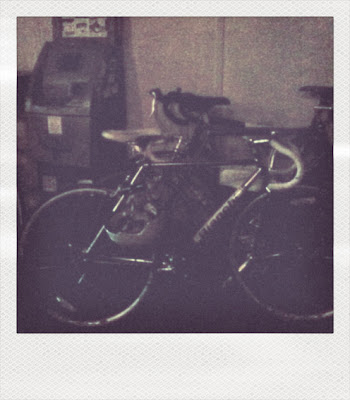 a trip would be nothing without sweets, i think. in america, you’ve got to have a piece of cherry pie at a diner, any diner. make it a la mode, just for the heck of it.

out of many enticing ice-cream vendors i suggest you scoop a beautiful portion of organic and locally produced sweetness at xanath ice-cream store with soothing, warm flavors like saffron-ginger. their place is a little hole-in-the-wall style, but the taste makes up for the rather bare setting.

that's it. hope you find something of use or interest if you ever decide to pop by northern cali.
Lähettänyt stellagee klo 5:13 PM

Great to read your take on a city and recommendations, maybe one day I'll get there, too...

sugar kane, thanks sweetie. do try, do!