so, i started project chanel in january as planned. i was excited and felt ambitious despite the fact that the first night after taking up the challenge i already dreamt that i did not really desire a chanel bag. figures.

in the beginning i had my physical health evaluated by a physiotherapist. she checked everything and located my problem areas. some i knew already: my posture has deteriorated in the past years because i live in front of a computer, have ignored suggestions to stretch my shoulder area and as a result of my slothlike ways have lost much of the muscular support in my torso. additionally, my left leg creates certain issues for balance because it is quite a bit shorter than my right one. surprisingly my spine was in great shape despite the lack of support and the strain that my uneven limbs provide.

some problems were new to me, namely that my ligaments are super mobile and the only part of my body that moved according to expected patterns was my left arm – i broke it some years ago and was told it would never rise above shoulder level again. well, now it's normal, supposedly. she asked me if i did yoga, i told her the last time i stretched was sometime in the noughties. ha ha.

my muscles were nonexistent and fat levels high. no surprise there.

i received a training program designed to improve my overall physical health. i had no requests for body modification or shaping – i just wanted a body that was in tolerable condition. in other words, i decided that concentrating on essentials and basic issues was reasonable enough at this point. how sensible of me.

well, what did i do? i started alright and actually enjoyed myself. i got sick as was expected after two weeks, suffered, got better and continued. that was historical: i actually restarted after falling ill.

until i had to go the ninth time. i just didn't go. i just never went again. 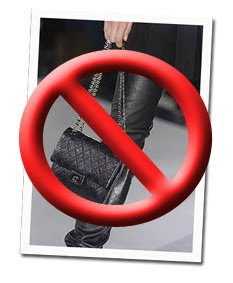 hence, no chanel. none of the health improvements i wished for. nothing but a few extra pounds of weight which were not the result of muscle mass gain, but just an increase in my appetite, merely thinking about sports. naturally, they still linger on around my thighs and lovehandles.

Email ThisBlogThis!Share to TwitterShare to FacebookShare to Pinterest
Tunnisteet: me myself and i