last week i attended the opening of an interesting small photo exhibition at the recently opened virka gallery at the city hall of helsinki.

there are two reasons for the collection's intriguing nature: first, it is by a photographer of whom i had never heard of before, but whose pictures were internationally acclaimed as portraiture of helsinki in addition to her background as the daughter of author juhani aho. how is it possible i had never heard of "the grand old lady of finnish photography"?

second, the city and the people you see differ quite a bit from the imagery were usually offered from those crazy finishing years of the 60's – there are no hippies, no student rebellion in sight, and none of the politically outraged and turmoiled world of the time, but a city of people going about their regular lives, familiar places and views. 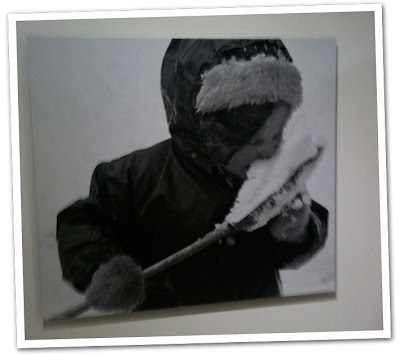