make it to greenpoint.

although many people who take pride in their credibility – that elusive definition that vaporizes every time you try to grasp it – like to complain about gentrification, the truth is that when neighborhoods become cleaner, services better and entrepreneurship seems attractive as an option, they are more tolerable to live in.

the only downside to the sudden elevation of a neighborhood is that rents are hoisted forcing some people to move out. nevertheless, according to many studies, the amount of people who need to move is rather small and most original residents of any given neighborhood greet gentrification with appreciation.

thus, those who want to move because the area is too gentrified, is extremely small and usually a privileged lot who like slumming it just for the sake of, well, keeping it real... the paradox of hipsterdom.

during our trip to nyc, i witnessed what had happened to my old hood and most of it felt great: my home street, grand, had turned into a bonafide boutique and bar row. nothing wrong with losing, for example, the maquiladora next door to our place, i say.

after williamsburg has definitely become more desirable and expensive to live in, the area has spread out to other neighborhoods. part of the same rezoning plan that is affecting willyburg and raising serious objections from locals living in the area, northern greenpoint, an old polish hood, still waits for better public transportation in order to fully make it as a worthy location – now that the l runs pretty reliably (what it did not when i lived in wburg), the g train is still a mess –, but there are plenty of cool happenings and venues to be enjoyed.

and who needs to ride a train anyway, right? just hop on yer bike...

one night we took a stroll towards the water, to a small bar called coco 66, where friends of a friend were hosting a comedy night. the crappy cinema council is a night of movie clips from the worst films the hosts have stumbled upon accompanied with their often fabulously hilarious commentary together with standup of variable quality. some was funny, some poor and demeaning. all in all, if you’re around, a great two hours for some laughs.

with new restaurants popping up every week, there are always new ones worth checking out. a great place for fish tacos in greenpoint is papacitos where the yucca fries are chevy and the burritos almost as big as in cali. a big bonus is the unostentatious presence of vegan alternatives next to basic carnivorous choices – why can't we have that here, may i ask? 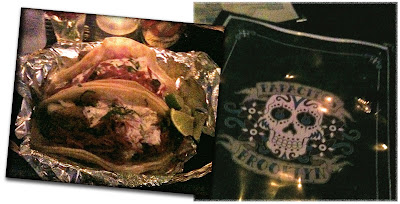 the bonafide hangout of greenpointers is still enid's, a bar and restaurant with the best bloody mary we had the pleasure to enjoy during our stay. my sweetie still refers to the us as “the land of crappy bloody marys” but the enid's version was quite alright. it is also one of the brunch places i’d recommend, if you’re in the neighborhood. 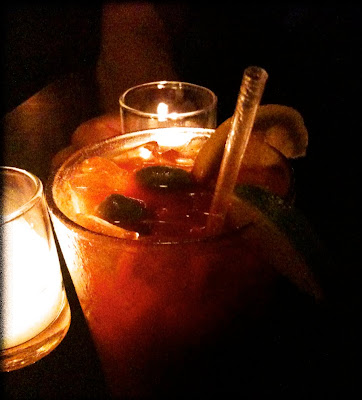 as a long overdue report of our last trip to nyc, i'll try to return with some other tips and suggestions. anything in particular you might want to hear about?
Lähettänyt stellagee klo 7:27 PM

Oh I like this post! I just went to New York for the very first time and stayed with a couple just a couple blocks down from Enid's on Driggs. I completely fell in love with the area, though I'm sure I'd never ever be able to afford to live there. The L train was very good to me!

buffy leigh, how cool, it is such a great city! and yes, the area is amazing – i have a friend living on berry just below mccarren park and we strolled over to greenpoint quite a bit.

ah, the l train is soooo much better these days. a few years ago it was an elusive mess of a train that ran whenever someone seemed to feel like it and never on weekends. although i was close to the jmz, there were all sorts of problems for my schedule.