my sweetie received a big box of goods from makia's fall collection, and i was eager to grab the best stuff for myself. although their women's line is not out until next season, their men's is rather wearable – if you don't mind the fact that clothes cut for men accentuate a womanly body quite differently than is usually considered flattering.

and you know by now that i do not mind, quite the opposite. 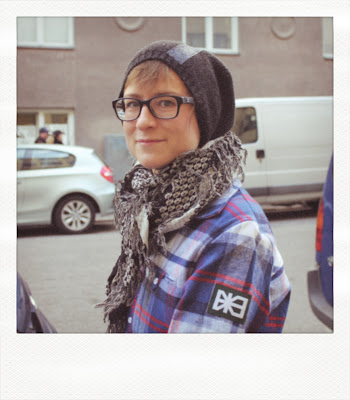 i snatched a plaid shirt made of thick and dense cotton flannel which was actually warm enough by itself on a sunny fall afternoon. the material is so stiff that the shirt almost stands on its own and because of it, the shape remains true to intention: the shoulders are too wide and the cut flattens my chest which together create a boi'ish look. boyaka!

they also did slim denim this season and this grey pair felt instantly comfy. 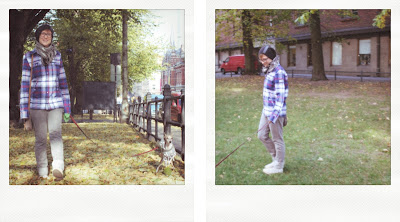 beanie by lustwear, scarf by henrik vibskov, shirt and jeans by makia, sneakers by converse.

and since i am utterly shallow in my style choices, i attire my dog accordingly... 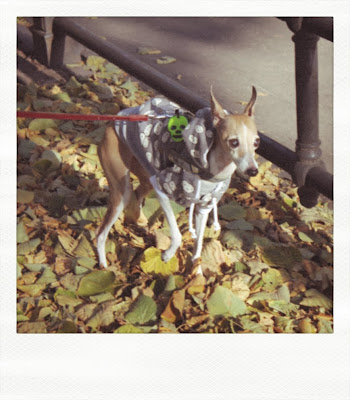 jorma irmeli is wearing a tee by american apparel and hoodie by loyal army clothing.

Email ThisBlogThis!Share to TwitterShare to FacebookShare to Pinterest
Tunnisteet: me style meself